Okay, maybe “hate your kid“, is a bit extreme, but so is your kid.

Our old house was the neighborhood hangout.  Rainy days, our house.  Wet, snowy days for hot chocolate breaks while waiting for machine dried clothes, our house.

Funny thing is, now we have a much bigger yard and an awesome basement family room, but the fact that there are less neighborhood kids and of course, that we take care of Grandma, it’s not back up to the fun house status yet.

It was easy to be the fun house in the old neighborhood.

Since most other houses had one simple rule that kept that from happening.

No kids in their house anytime, for any reason.

Seriously, no bathroom, no phone use, nothing, some parents didn’t even give their own kids snacks, let alone share with anyone.

Don’t get me wrong. I liked that we were the cool house.

The one with the snacks, the one the parents let you hang out at. It wasn’t even an issue that we had rules because kids just wanted to feel welcome.

I like knowing where my kids are, what they’re doing and who they are playing with. But with that awesome title, came these irritating brats. 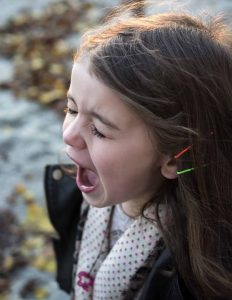 This kid screams for no clear reason but to bring everyone running for fear of severe injury, a rabid pack of dogs or zombie apocalypse.

Out in the neighborhood is irritating enough, but some of them are doing it in the middle of a store or other place when it’s not playtime.

Not trying to be the fun police here, but shut the hell up.

It bugs the crap out of me and I am sure out of any neighbors.

Not that I care too much about what the neighbors think, but I don’t want them to hate us either.

Maybe it’s because I hate it so much that I killed that habit before it started.

I’ve been known to run at breakneck speed outside when I heard one of my kids screaming. I know they weren’t hurt. I could tell they were just screaming for the sake of screaming.

After doing this maybe one or two times per child. It never happened again.

If only every behavior could have been nipped in the bud so easily.

Once we brought a neighbor with us to an arcade.

He threw himself on the floor after losing the first point of an air hockey game and started having a complete meltdown.

Before I get hate mail. No, he does not have any special needs. He really is just a brat. 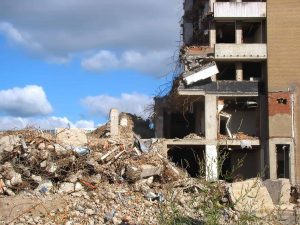 She’s the kid who takes out every toy and then some.

She is also the one who has too many ideas and a lot of influence.

Like playing with nail polish on the carpet or creating “recipes” in your kitchen.

All of this involves taking out many items that not only don’t get put away, they require a big clean up after.

I am all for fun, creativity and just being a kid.

However, it also comes with cleaning up after yourself, or working as a team when you make the mess together.

We’ve always had a few rules with our kids.

One of them was to pick up the toys.

From the time they were very small, they did this. It wasn’t something we asked them to do, they were taught it was their job and it was expected.

Of course, there were exceptions during sickness or whatever, we’re not dictators.

We reminded them when they headed off to someone’s house and we told their guests too.

As soon as they were heading for toys, we let them know, “just pick up before you go”.

We made sure they agreed.

One neighbor who only came over twice. We let her know the pickup rule and she agreed.

When she started to leave to go home, I reminded her.

She just looked at me and walked out the front door. She was 10!

The next time, as soon as she arrived she was reminded and I mentioned the last visit.

She immediately got up and walked out, leaving the door wide open.

I followed her to the side-walk remarking on the open door.

Her response “It’s not like you have a cat.” Then she walked away!

I shouldn’t have been surprised.

This is the same girl who bullied my oldest son, slapped my younger son and smashed my daughters head against a stone wall.

Her brother, who you met in #1, punched my son knocked him unconscious and left.

He suffered from concussion symptoms for two weeks. 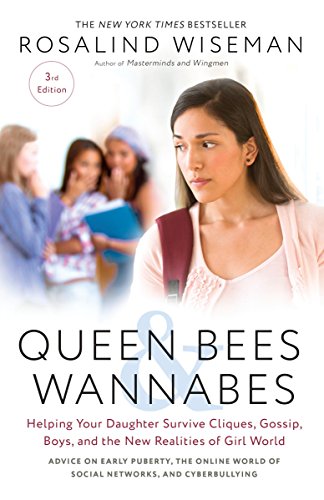 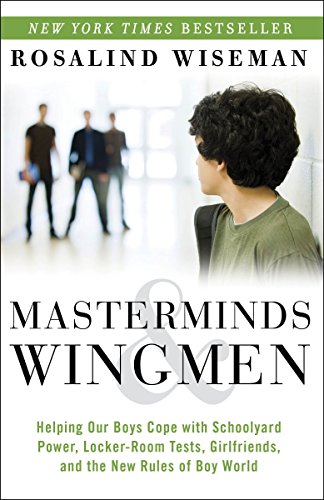 Masterminds and Wingmen: Helping Our Boys Cope with Schoolyard Power, Locker-Room Tests, Girlfriends, and the New Rules of Boy World

If my kid’s friends like me, great, it will make things work more smoothly and it will be extra great if I like them too.

If I don’t like them, well it depends on why, how that will go.

How about if they don’t like me? Oh well, not gonna lose sleep over it.

But what about the one who thinks they are my new best friend.

Oh, crap. They are usually an excessive talker too.

Sure, say “hi”. Ask how I am. Be polite. Engage in group conversation if we’re having you over for dinner. All good.

But I’m sure if the kids are outside playing or in the family room with a movie, that’s probably where you belong too.

We’ve had kids over who you could tell really needed another adult to talk to, a little friendly guidance.  That’s okay.  I’m glad we make you comfortable enough to talk to us.  We’ll help if it’s appropriate.


But for the 8-year-old who wants to talk for 45 minutes about nothing while the others are having a great time playing baseball…get out, I have things to do.

This kid never says anything. Usually quiet = good. But this kid says nothing.


Me: WTF?! It’s like The Sixth Sense and I’m not really here


Kid: (already gone, because I don’t talk like that in front of other people’s kids)

One time a kid stayed for dinner.

He literally got up in the middle of dinner. Left a barely touched plate of food at the table. Walked out and rode his bike home. Never said a word. This was a plate of food we added when we hadn’t planned on a guest and my husband who worked for said food gave most of his portion to the kid.

Steak tips on his birthday no less.

Well, thank you for asking.

Am I saying our kids are perfect? Hell, no.

We have one who can’t stop talking, just like me, lol.

He talks from when he gets up until he goes to sleep.

Calls to you when he is the shower and on the toilet. He also must have the last word. He’d be captain of the debate team if we had a debate team.

We keep telling him this is not a democracy. He will wear you down until you break, or want to break something. This habit is not going away. He’s 14. If he makes you half as tired as he does me, you are exhausted.

We once had a little league coach tell us “Gee, that one is going to be captain of his own ship someday.”

I can say though – other parents tell me he is polite, helps out, cleans up after himself and he gets invited back.

We have another one who has tried to get into our bed since she was born.

In times of weakness, like being eight months pregnant and desperate for sleep, we gave in. Sometimes she asks us ahead of time, or jumps in with a smile, hoping we’ll say yes.

Sometimes she falls asleep in her bed first and shows up sometime during the night. Elbows to the face and toes up our butts are par for the course. Off and on, sometimes for months, it has been nearly ten years and she’s finally getting better.

For how to fix that problem, read my post, Can’t You Just Sleep in Your Own Damn Bed. – Love you, Quinncess.

When my youngest son was about 5 he’d spend hours in his room making sure everything was neat.

Sometimes I would find him refolding clothes. Ones that were fine to start with. Now he’s eight, half the time, I can’t see the floor.

Nearly every day, I have to ask him to put away clean clothes, pick up dirty ones or make him refold the outfits he took out to wear and either changed his mind or changed based on the activity he was doing. His drawers are a disaster.

Seriously, I thought we had that one down, what happened I don’t know.

I do know that when the whole cub scout den is screaming during the meeting he doesn’t say a word, and I also know when he’s given the green light for play time he’s as rowdy as the rest. – Love you, BubbaMagoo

So no, our kids aren’t perfect.  I’ll take the quirks they have over your rotten freak shows any day.

We’re just as glad they are a part of our family, as we are that yours don’t belong to us.

Course if they did, maybe they wouldn’t be such a**holes and I wouldn’t have to hate them.

What’s the kid that bugs you the most?

Got annoying adults in your neighborhood too?

This post contains affiliate links. I will earn a commission at no additional charge to you if you make a purchase using my links. Click to see my full disclosure policy. 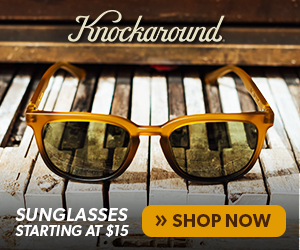 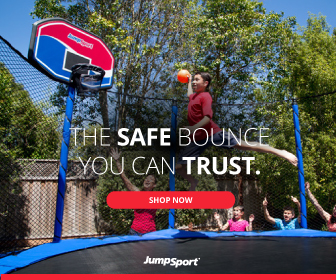 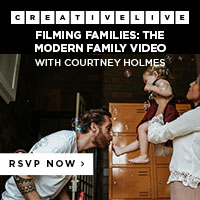 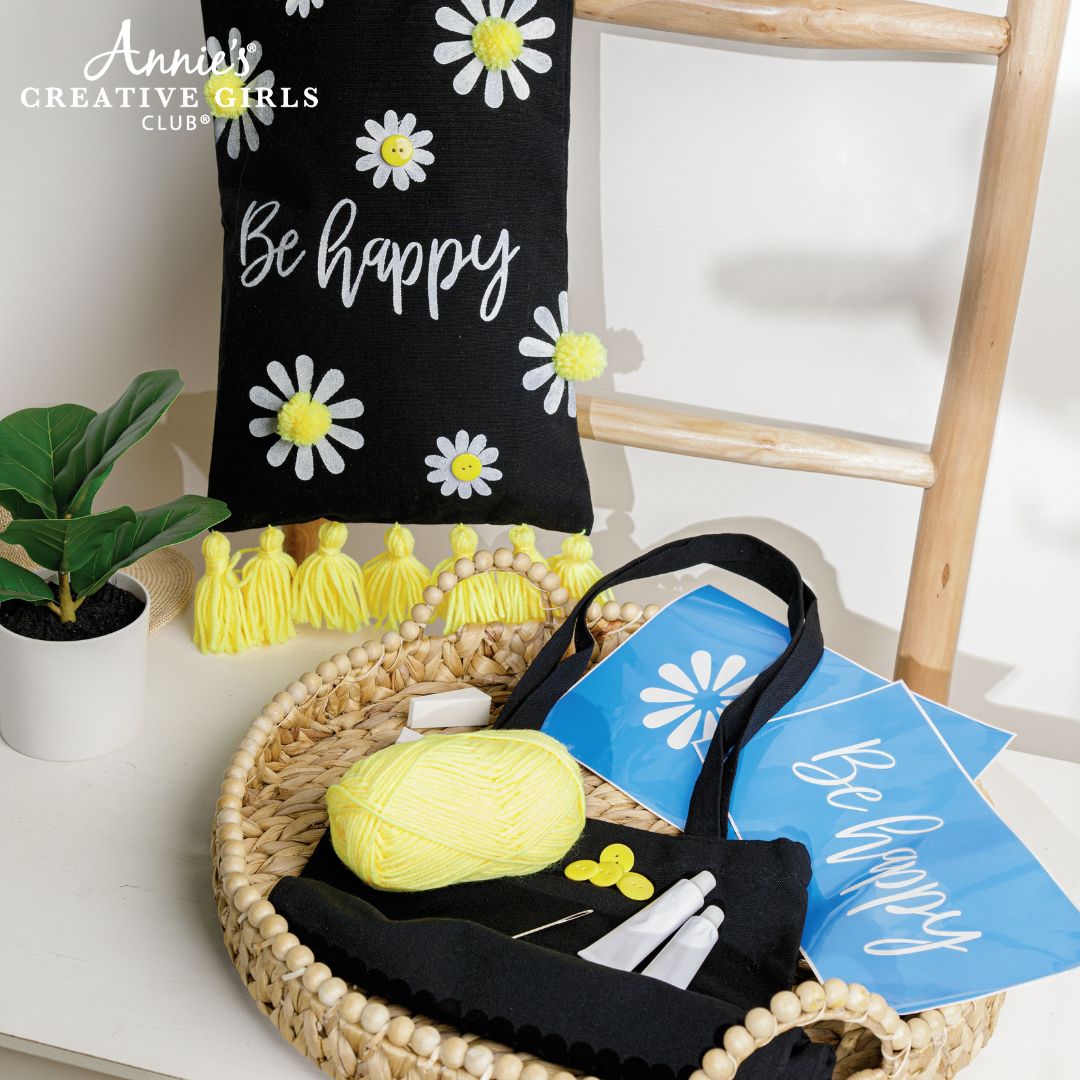