I’ve been away too long…did you miss me?  What happened?  Where did I go?

Well, I’ve been having a blog identity crisis

When you have 245 episodes of Criminal Minds, it’s a while before you have to decide what to watch.

It’s time to get moving. Get writing again. 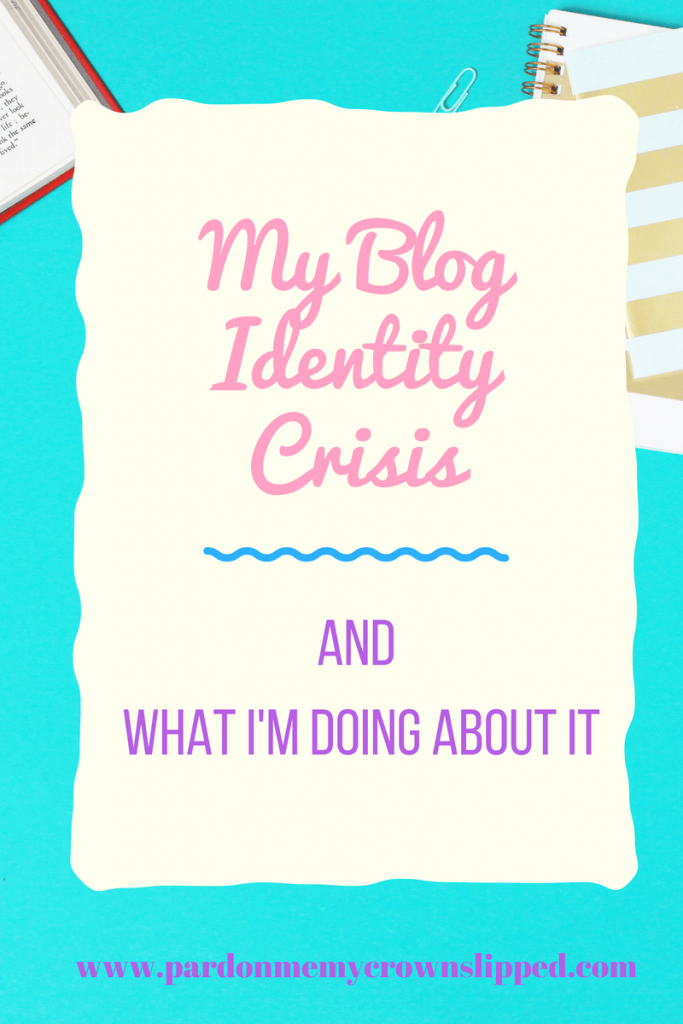 A little back story if you’re new here, like since the beginning of April 2017.

A lot has changed.

As in nearly everything!

This blog started as a way to connect with moms who were juggling kids, homeschooling, and caregiving. A circus act for sure.

By mid-March, after 2 ½ years of doing it all I couldn’t cope. Lack of help and just too much on my plate was keeping me from doing even a “good enough” job. Nobody was happy, least of all me.

In The Times They Are a Changin’ I outlined what was about to happen by sending the kids back to school.

At the time I had no idea how rapidly everything would change.

Since then, the two younger kids are happy in public school.

They both stepped right in like they’ve always been there.

It has been such an awesome transition that I only wish I had done it sooner.

New school, new friends and learning so much.

My oldest was accepted at a local technical school for the fall. Tough to get into and an awesome opportunity. We can’t be more excited for him. Since it made no sense for him to return to the local public school for only 2 months when he would be transferring, he’s still home with me.

That has given us the opportunity to work together on the fun task of life with a teen when there is sooo much to do around the house. A.K.A. character building for both of us…sigh :/

I no sooner got the kids enrolled and my grandmother’s health took a serious turn for the worst. She became completely bedridden. Couldn’t feed herself or even change positions without help. I’ve mentioned before I weigh about 100 pounds. My neck is still trying to recover.

It was a long month for both of us. I can’t say enough about the fantastic hospice nurses. Though they really were only here about an hour each day during that last two weeks.

As much as I complained and struggled throughout the last few years. I am glad my grandmother got her wish to stay in her home until the end.

My only regret is that she was in so much pain at the end.

Did you know there are a few types of pain that medicine can’t help? Among them gas pain and kidney stones. I didn’t. Now I tell everyone. Now you do. You’re welcome.

My poor grandma was blown up like she was eight months pregnant. She had no relief no matter how many remedies we tried. You don’t ever want to know what most of those were. Trust me!

So since mid-April, I’ve done a whole lot of nothing. I can’t say it was because I was sad or depressed. She had severe dementia and there was no joy in anything anymore. She was physically in pain. I only felt relief for both of us. The pressure of it all had caught up with me. Doing most of it alone. I was tired.

Now it’s time to move before I get lazy. It may have already crept in.

What about the blog? It’s having an identity crisis. I’m no longer a caregiver. No longer a homeschooler. This has kept me from writing. Where do I go from here? I’m still someone who struggles with trying to juggle all the hats I wear so that won’t change.

So many of you have reached out to me about your caregiving roles.

Do I give up that part of the blog?

Continue on, even though it’s no longer part of who I am?

At this point, I’m still not sure.

What I’m doing now that could be blog-worthy:

I’m taking all these ideas and brainstorming more.

Looking at them through the lens of everything I’ve learned since I began blogging.

Deciding what I want from blogging and what value I can offer my readers.

I’d love to hear what you think.

Comment below or hit me back at [email protected] . Tell me your thoughts.