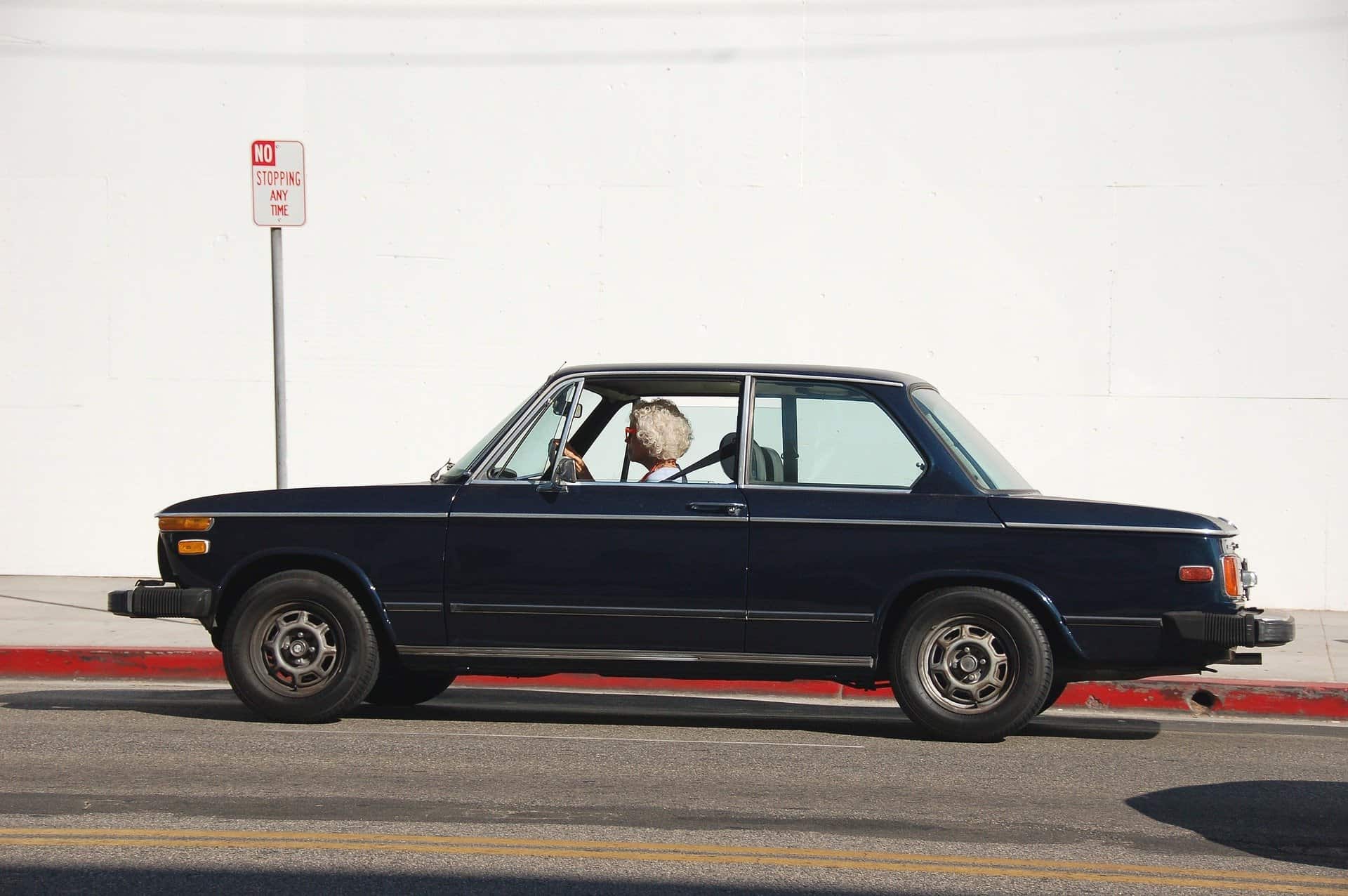 Taking care of elderly parents is a challenge.

Have you noticed your parents may need to stop driving?

Coming to terms with aging parents is difficult for everyone.

Addressing they can no longer drive safely is often the first step in helping them make that transition.

When we don’t see our parents every day or see them in certain situations, issues can go unnoticed.

Here are some changes to look for before it’s too late. 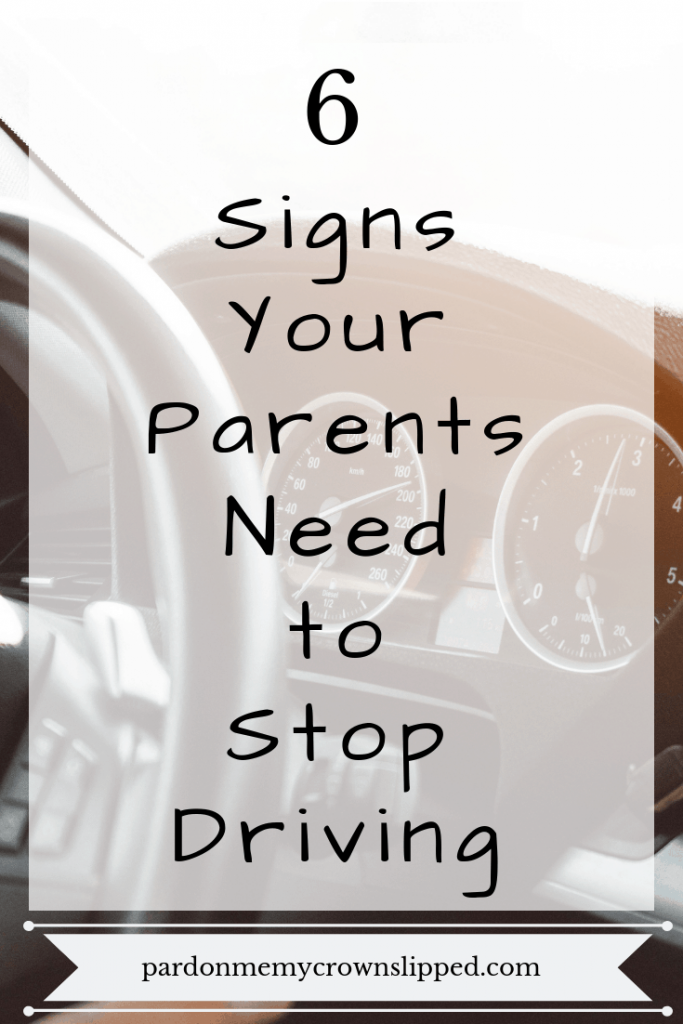 #1 Their driving is scary.

This seems obvious but you may not know.

Do you drive with them?

Chances are they are not going to tell you. The freedom and independence of driving will not be given up lightly.

Recently my husband’s grandmother gave her son a ride.

Normally when someone in the family takes her out, they always drive, even if they choose to use her car.

On this occasion, she did the driving. He was afraid.

She went through stop signs. She forgot how to get places.

When she accidentally got on the highway, she stopped and attempted to back down the ramp.

Good thing her son told her to just keep going and directed her off the next exit.

She was so nervous, he didn’t dare say anything for fear she’d be more uneasy.

You are going to have to take a ride with them yourself, even take someone else along.

It will help to have more than one set of eyes, ears, and opinion.

#2 They have back pain or leg weakness.

While this isn’t necessarily an impairment, do they know why?

My grandmother had problems with her legs for years.

They became increasingly heavier. One would occasionally give out.

She never mentioned it to her doctor.

When I started attending her doctor’s appointments, I brought it up.

Turned out she has Spinal Stenosis.

While she was extremely lucky.

She does not have pain like most people with spinal stenosis do,  but her legs felt like cement blocks.

She often had great difficulty walking due to weakness.

She was often out of breath.

As described by her doctor, this is exactly the diagnosis that matches the poor people who drive into a convenience store and don’t know what happened.

We see it on the news and assume dementia, that they forgot the difference between the gas and the brake.

It causes nerve damage. Messages sent from the brain to the leg muscles and back get mixed up or never arrive.

Find out if the pain is recent or chronic.

A pulled muscle will heal, spinal stenosis and other conditions deteriorate over time.

Shoulder pain from arthritis keeps my grandmother from reaching her arms up easily.

Pullover tops cause pain going on and coming off. She often cannot do it alone.

She cannot raise her arms high enough to hang up a jacket.

If you didn’t catch the occasional wince on her face, you wouldn’t know.

Not only should someone be able to operate a  vehicle under normal conditions, but sudden reactions are  often necessary.

Never mind getting in and out of the car or putting on a seat belt.

#4 Their hearing or eyesight is impaired

Again, it may not always be obvious.

Some people are very good at coping with difficulties.

They do a great job at reading lips. They have hearing aids you assume work properly, have working batteries or are even being worn at all.

Many people don’t speak up because they aren’t complainers or are embarrassed.

Some people will absolutely not let on when they have no idea what you are saying.

Unless you know their “tells” or clues you may not realize.

#5 Bumps and scratches on their car or garage

For the longest time, my grandmother came to our house almost every day.

However, once we started taking over household chores and maintenance, we discovered that her garage door had a huge dent and both sides of the doorway had deep gauges.

These were all from her, though she tried to deny it.

She had even hit hard enough to knock off her mirror.

She took it into a repair shop herself and got it fixed without ever mentioning it.

Only when she finally admitted she hit the garage, did she tell us about the repair.

#6 Do they still make decisions effectively and safely

Maybe they can converse with you. Still, remember details and information.

Which ability goes first isn’t the same with everyone.

For some short-term things like where they put their keys or a conversation, they repeat several times.

All those things could be fine yet they make unsafe decisions based on the fact that they have always performed certain tasks.

They always did it so why should they stop?

But the risk-taking and judgment calls begin to slip into other areas.

Just because they are going short distances doesn’t mean it’s no big deal.

Most accidents happen close to home since that is where we are the most.

For more on taking care of elderly parents read…

What to do next?

Your parents may not like it, to them you are still the child.

If they won’t listen to you, maybe they’ll listen to another family member, friend or clergy member.

If that doesn’t work or you just know it will cause a huge problem that may escalate and get unresolved, talk to their doctor.

If you already have a relationship with their doctor, great. If you don’t make one.

Don’t underestimate a phone call or a note slipped to him in the hallway before the visit.

I excused myself to the “restroom” before he came in and talked to him out in the corridor.

Many doctors will graciously let themselves be the scapegoat.  Let them.

If it still doesn’t work, check the Department of Motor Vehicles in your state.

Making my grandmother mad or embarrassing her was better than letting her or anyone else get hurt.

It wasn’t fun, but she got over it, mostly. It was worth it.

What’s been your biggest challenge so far with your parents or grandparents?

This website uses cookies to improve your experience while you navigate through the website. Out of these, the cookies that are categorized as necessary are stored on your browser as they are essential for the working of basic functionalities of the website. We also use third-party cookies that help us analyze and understand how you use this website. These cookies will be stored in your browser only with your consent. You also have the option to opt-out of these cookies. But opting out of some of these cookies may affect your browsing experience.
Necessary Always Enabled

Any cookies that may not be particularly necessary for the website to function and is used specifically to collect user personal data via analytics, ads, other embedded contents are termed as non-necessary cookies. It is mandatory to procure user consent prior to running these cookies on your website.